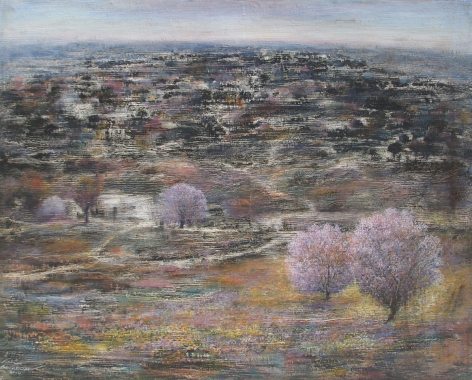 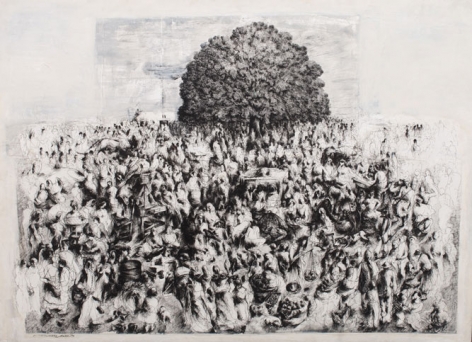 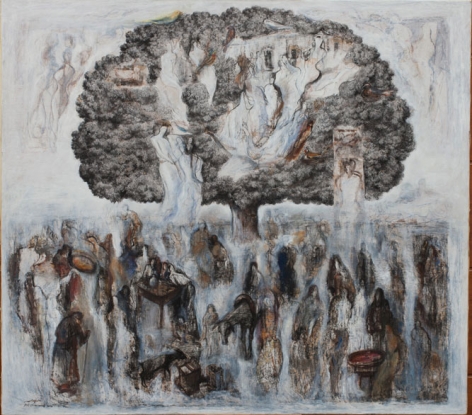 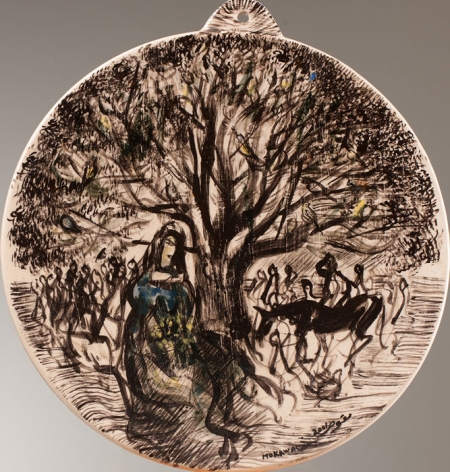 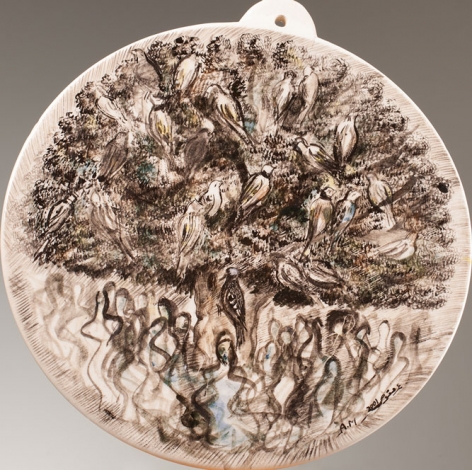 Reappearing continuously throughout Ali Mukawwas’ work is the central image of the tree. Alluding to its allegorical nature, he describes it as “an unusual but an epic legend that has to do with the rural man: his rituals, the collective imagination, the cosmic void and the existentialism of the artist...”

Born in Latakia, Ali Mukawwas (1955) graduated from the Department of Painting, Faculty of Fine Arts at Damascus University in 1978. He became a well-respected professor of the visual arts, teaching in Algeria, the UAE, Oman and Syria.

Painting in warm earthy colors, his expressionist work often portrays people gathering around a tree. Focused on the collective nature of humanity, he chooses not to individualise their facial features but, rather, leaves them ambiguous. Focusing on the intimate relationship of man to nature, the nostalgia of the past, and the rural environment of the coast, the works take on many layers of symbolism including a ritualistic spiritualism. The subject matter is not only captivating in its constant interpretation but also in Mukawwas’ philosophical implications of fertility, the return to nature, and the rejection of the consumerist world.

Exhibiting internationally, Mukawwas’ work has been acquired for private and public collections such as the British Museum, the Doha Museum and Museum of Modern Art in Syria.