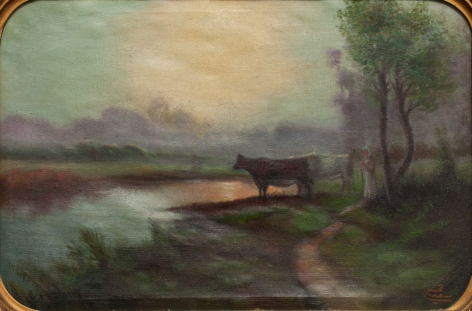 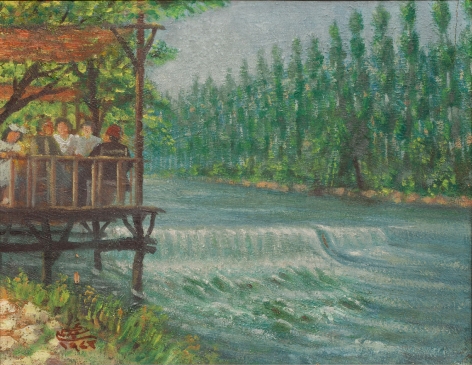 Said Tahseen was born in Damascus in 1904, and died in 1985. He learned art through self-teaching, and contributed to the establishment of the Arab Society of Fine Arts in Syria, where he was elected chairman. He worked as an art teacher and was awarded the National Syrian Garter. Tahseen participated in the majority of the constitutive exhibitions of the Fine Arts Association and the shows organised by the National Museum in Damascus. He is regarded as one of the pioneers of the art movement in Syria. His artworks depict historical characters and events in addition to scenes from Damascene life, focusing on social gatherings and traditional architecture. His works are influenced by impressionism and realism, but he also addressed existential issues including symbolic figures and colours.