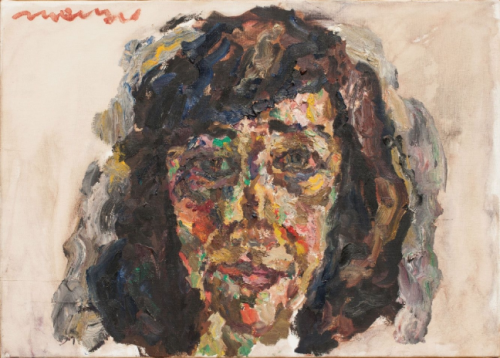 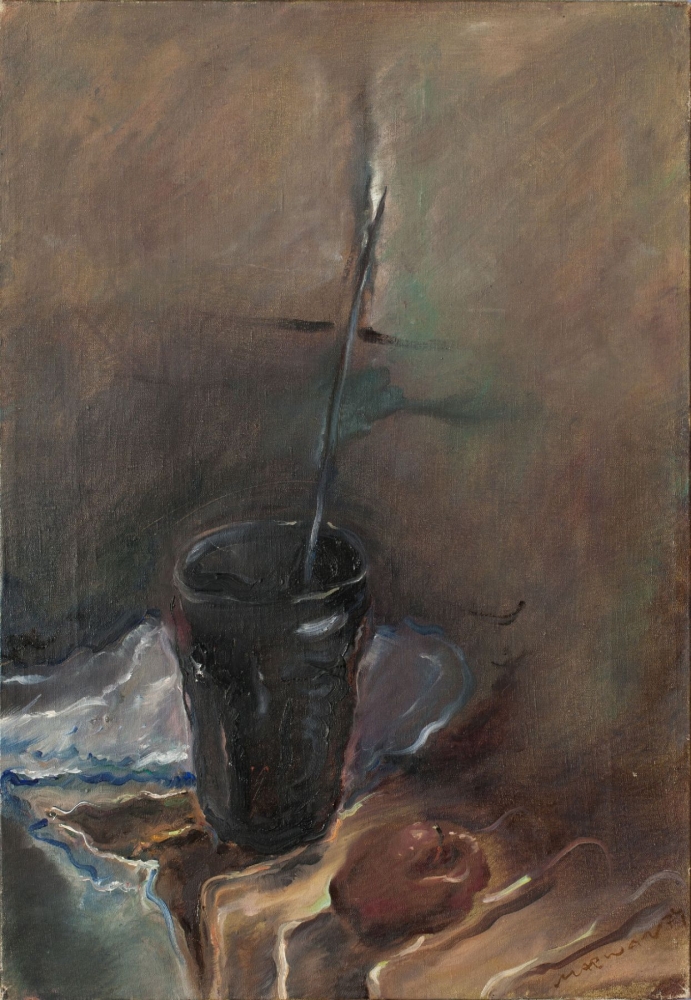 Over the last one hundred years – the approximate age of artistic life in Syria – many Syrian artists travelled to Europe to study art. Of these, while most preferred eventually to return to their homeland, some decided to remain abroad. From the start, Europe – represented by Italy and France – has been considered the major school of modern art. In Syria we have often wondered: “Why do Syrian artists reside in Europe? Is it to escape the hardship of the social, political and economic situation in our country? Or perhaps because they felt restricted within their art and by traveling they could be freer and in direct contact with international cultural life? What about their artistic production in those countries? Can we list it within the artistic life over there or has it developed to identify with – and be influenced by – evolving trends and movements? Does their art still remain on the sidelines?

Here, we chart the evolution of the relationship between Syrian artists and Germany. In doing so, perhaps we can shed some light on the significance of these ideas and questions within the framework of Syria’s current artistic movements, even if we are not able to answer the above questions in depth. But it is a start.

In brief, historically, the reasons for travelling to Europe have been primarily linked to education and pursuit of art studies, though other reasons exist as well. As for why some artists have chosen to remain overseas, the reasons range from the success that an artist achieves in such countries becoming an impetus to stay, to issues related to certain political situations, or even the simple fact of becoming accustomed to a certain way of life. At this point, returning to one’s homeland becomes a complex issue. 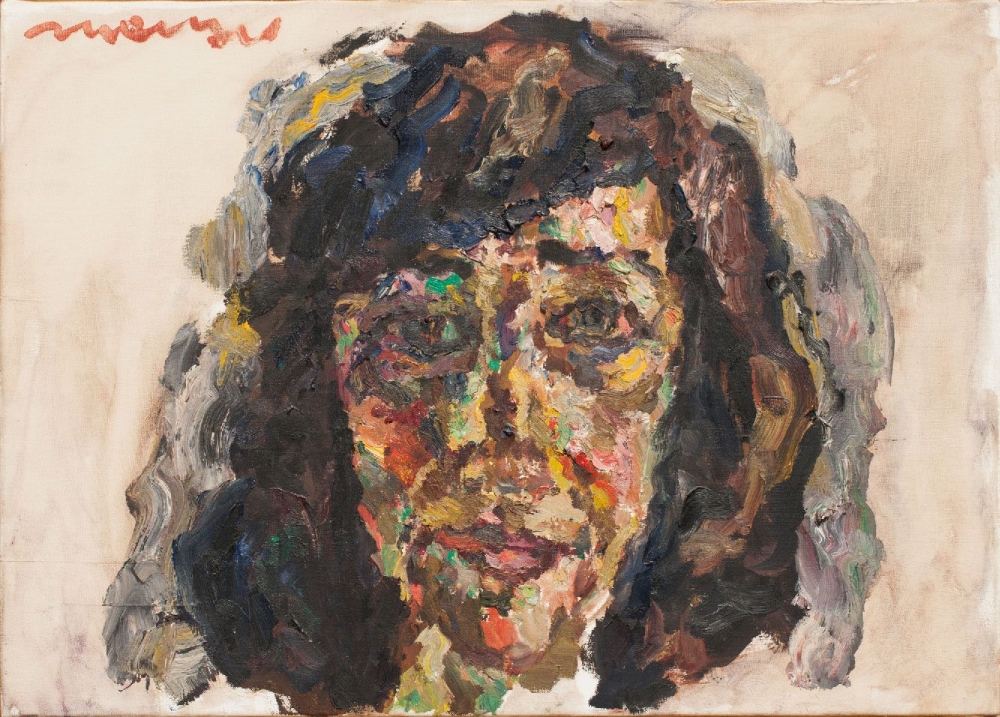 During this 100-year period of time, Germany has become a major destination for studying art and settling in, even though it may be less ‘important’ than other destinations. For example, France (and its capital, Paris) has attracted well-known Syrian artists such as, among others, the late Sakhr Farzat (1943–2007), Ezeddine Shamout (b. 1940), Assa’d Arabi (b. 1941) and Youssef Abdelky (b. 1951), all who spent more than two decades in France before returning home.

However, if we are to talk about artistis immigration to Germany, then the country is mainly associated with Marwan Kassab Bachi (b. Damascus 1934 – d. Berlin 2016) who is probably the single most renowned Syrian artist both in Germany and internationally. As a contemporary of Baselitz and Schonebeck, Marwan was one of the first avant-garde faces in Germany in the 1960s.

After earning his secondary school certificate, Marwan did not hesitate in choosing fine arts as his subject of study. Studying and living in Paris had been his personal treasured dream, however, the Suez Crisis in 1956 and the resulting severance of diplomatic relations with France put an end to his dream.  Thus, in 1958, Marwan went to Berlin. 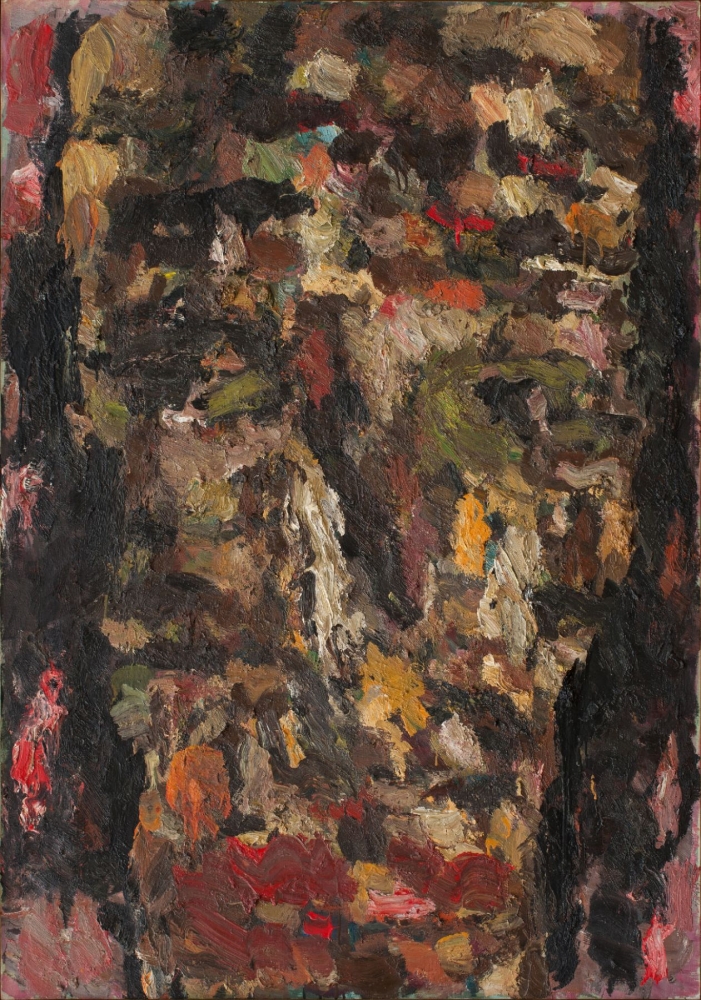 Berlin society in the late 1950s was markedly different from that in which Marwan had grown up. At the beginning, he resorted to Arabesque and oriental decorations, a self-protection mechanism to protect himself from the contemporary prevailing trends at the time. By his third year of studies, however, this reaction had subsided, and his drawings were liberated as he opened up to new horizons. This was most evident by the new works he began in 1964, whereby he began executing initial formations of faces of Arab poets and intellectuals, such as Mounif Al Zar and Badr Shaker Al Sayyab. Marwan became not just an integral part of the contemporary art movement, he became one of its masters. In 1979, he was also appointed a professor in the Faculty of Fine Arts in Berlin.

Marwan brought about a significant change to his style, which gave him his distinctive visual identity: he made his own face the basis of his portrait, occupying almost the whole space of it. Developing that face – the natural scene – preoccupied the artist until his death in 2016. Marwan’s iconic face embodied man and nature at the same time. For many, this face represented a specific geographic location fixed in the artist’s memory: Al Rabwa neighbourhood, and Mount Qassioun overlooking the city.

What was always interesting, was that Marwan remained in Germany. His expatriation was voluntary, similar to the expatriation or emigration of many Arab intellectuals who went to Europe to live and work there. However, what distinguished Marwan from his peers was that his work was rooted in Germany, while other creators were unable to liberate themselves from their origins. We do not see in Marwan’s paintings either an affirmative nostalgia nor any Arabic, Islamic and folkloric references. Marwan was – and is – above, all, a painter. 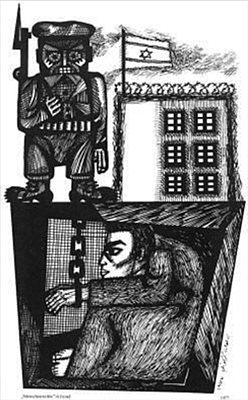 Thus, Marwan travelled to Germany by mere coincidence: it was the country that was available to him at the time. The same happened with Burhan Karkutli (b. Damascus 1932 – d. Bonn 2003), another great artist who remained in Germany throughout his life. Like Marwan, Karkutli was born in Damascus. At the age of 20 he travelled to Cairo, completing his art studies there in 1958, after which he travelled to Spain, followed by Morocco, where he worked in liberal press. After both he and the magazines he worked with were subjected to harassment, a friend of his managed to get Karkutli a scholarship to study in East Germany.

Karkutli arrived in East Berlin in 1961 and pursued studies at the Academy of Fine Arts there alongside painters such as Herald Hakenbeck and Kurt Robbel. He also discovered the German Impressionists. The following years were turbulent, travel-wise, for Karkutli travelled again to Morocco, before going to Manheim in the Federal Republic of Germany in 1964. He then went to Damascus, but from there fled to Lebanon in 1969. Finally, Karkutli returned to Germany and remained there until his death. It was in Germany that he established a new style, building on that which he had developed in the late 1950s. This aesthetic was based on scenes inspired by life in Cairo and Damascus and featured  scenes and textures referencing popular Arab forms. It was, Karkutli himself explained, “a style I used to plunge into in moments of sorrow so as to forget myself”. In the beginning, it resembled Marwan’s early work and functioned as a defensive reaction against the foreign European world; a weapon to maintain his sense of cultural balance. In the early 1970s, the artist met Palestinian groups in Germany who supported his activities and since then, became more committed to the Palestinian cause.  Late in his life, Karkutli travelled through German cities and held storytelling gatherings to earn his living. By this time, he practiced painting only incidentally, due to a tremor in his hand. 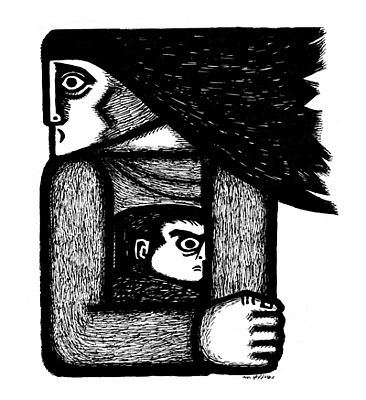 Another prominent Syrian artist who settled in Germany was Bahram Haju, born in Al Qameshli in 1952. Like Marwan and Karkutly, Haju used his memory – in this instance, of rural Syria – to protect himself from the “cold of expatriation”, as he used to say. Haju arrived in East Germany via Czechoslovakia and from there he entered surreptitiously into West Germany to escape political unrest he had encountered in Baghdad, where he had first gone to study art. The artist graduated from Munster Art Academy in 1984 and has remained there until the present day. In Germany, Haju regards himself as completely denuded of warmth, safety and human correlation, which is why he draws “nudes protected only by their skin, standing inside white empty spaces with confused eyes.” 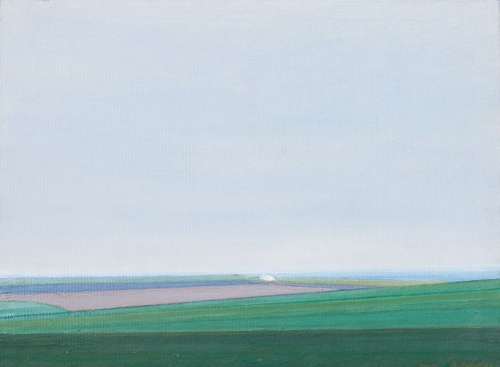 Here, one should also include a mention of Rida Hus Hus (1939–2016), another Syrian artist who traveled to Germany for periods of time starting from the nineties, after finishing his studies in Damascus and Paris. He worked in more than one cultural and artistic domain before passing away in Mannheim.

The circumstances – or destiny – that directed Marwan, Karkutli and Haju to Germany decades ago, as opposed to their own personal choices,  are still at work in driving hundreds of Syrian artists and intellectuals to take refuge in Germany so as to flee from the war that has been raging in their country since 2011. Until this moment, Germany has been welcoming Syrian refugees with open arms. It has also been receiving hundreds of thousands of refugees from other war-torn countries. Among these are young artists and professionals, some risking the journey by sea, others following the legal process to obtain a residency. 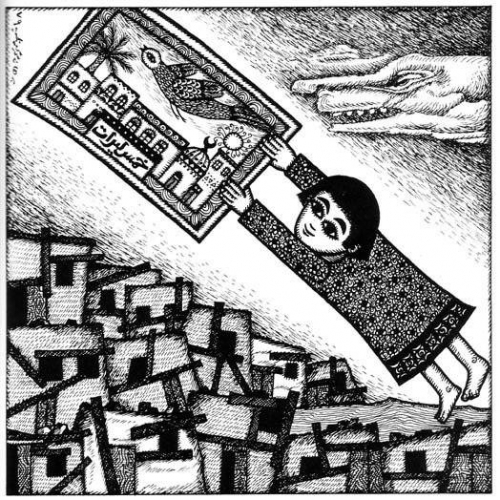 Most of these artists started practicing their art as soon as they arrived in Germany. Governmental departments as well as NGOs and volunteers have paved the way for them to work by providing them with the necessary tools or locations, including, at times, artist studios. Some artists have also received financial support for artistic projects. For others, the doors of galleries were opened via municipality halls, societies or libraries and cultural centres.

Realistically, however, only a rare few of these newly arrived expatriates have been able to successfully gain access to the professional artistic market, and private galleries are still, in general, closed to most of them. It is here that the problem faced by every well-known artist in our region arises: exhibiting in non-professional galleries is useless.

Within this context, one benefit that is worth mentioning is the importance of joining German schools and academies of art. The first is a personal one, related to the one’s own youthful development and the access to artistic life in Germany that can be gained through such a program, and the integration into the country’s system and learning of its language. It is also a positive benefit to the Syrian artistic scene that these young artists can study contemporary art forms such as  installation, video art, digital art and performance arts. Not only can they study them, but they can do so directly at the hands of specialised professors and academics, rather than struggling to gain access to these on their own.

Perhaps for many a Syrian artist, Germany has been an involuntary destination or a better available option. However, it has not been a fruitless one. We now await the passage of time to know what will happen to our expat artist. Will he/she be able to establish themselves in this country as one of its own people, away from orthodox ideas about origins and heritage (like Marwan), or choose nostalgia and dreams as his career path like Karkutli?